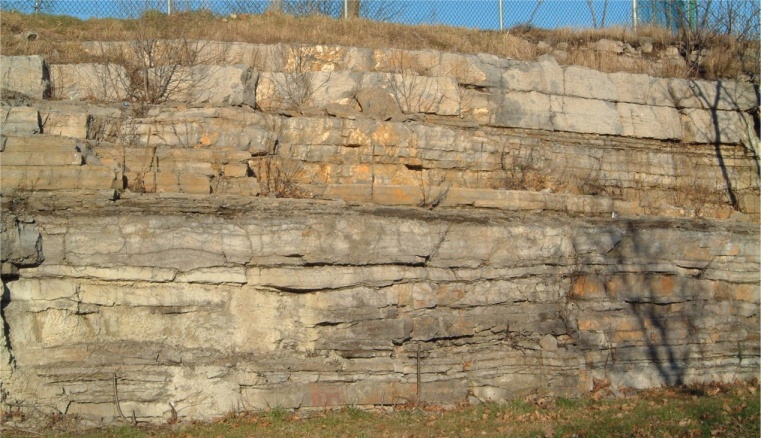 Continuing our series about Texas Terroir, I am now addressing what might be the most important factor of all, the soils. First, consider the large size of Texas. If Texas were superimposed over Europe, it would cover France entirely, which is the largest European country, excluding Russia. This size suggests that we should expect a wide array of soil types due to this vast territory and hence, at least double digit the number of soil varieties that can apply here.

From the soil origin stand point we learn that the state was more than once a shallow ocean floor that accumulated sediments during several million years, and eventually got elevated by tectonic forces until it reached its current height. Meanwhile, erosion and other surface elements soon started to sculpture the landscape on the top. The soil composition becomes evident wherever we see a cut on the side of a highway and are able to see the horizontal layers of varying light browns and beige colors.

Interesting enough, right in the middle of Texas there is the Llano Uplift, the edge of which is where Fall Creek Vineyards is located, an outcrop from the Texas Craton (the nuclear mass of a continent), and we can see rocks which are the oldest rocks. Everywhere else, the Craton is buried under younger deposits from the Paleozoic, the Mesozoic and the Cenozoic.

This Geology Map of Texas below indicates where the various origins of the rocks are seen today on the surface. Note that the younger rocks of the South East reflect the regression of the ocean that once covered the State. The deposits at the bottom of the former oceans were rich in microorganisms, now fossils, which are Rich in Calcium Carbonate, or Limestone. We also see outcrops of Marl, Shale and Granite all over the place.

While plants don’t necessarily feed right from this parental material, the material has a strong influence on the farming soil, and vines definitely respond to the nature of the strata on which they are planted. The parental material, combined with the weather, grape variety and the human input is what we understand as Terroir.

The exciting fact is that the soil descriptions we find in Texas are very similar to those found in the highly regarded wine regions of Europe. Limestone for example, is found in Burgundy, Loire, Champagne and Alsace, to name a few. These soils were developed coincidentally during the same periods. Regarding Europe, Marl is found in the Piedmont in Italy and Shale in Tuscany, both found in Texas as well. Even though this good soil is not a guarantee in itself, it certainly gives us a good platform to further develop our regions in Texas, in addition to the combinations of place and grape variety. Terroir is on our side!