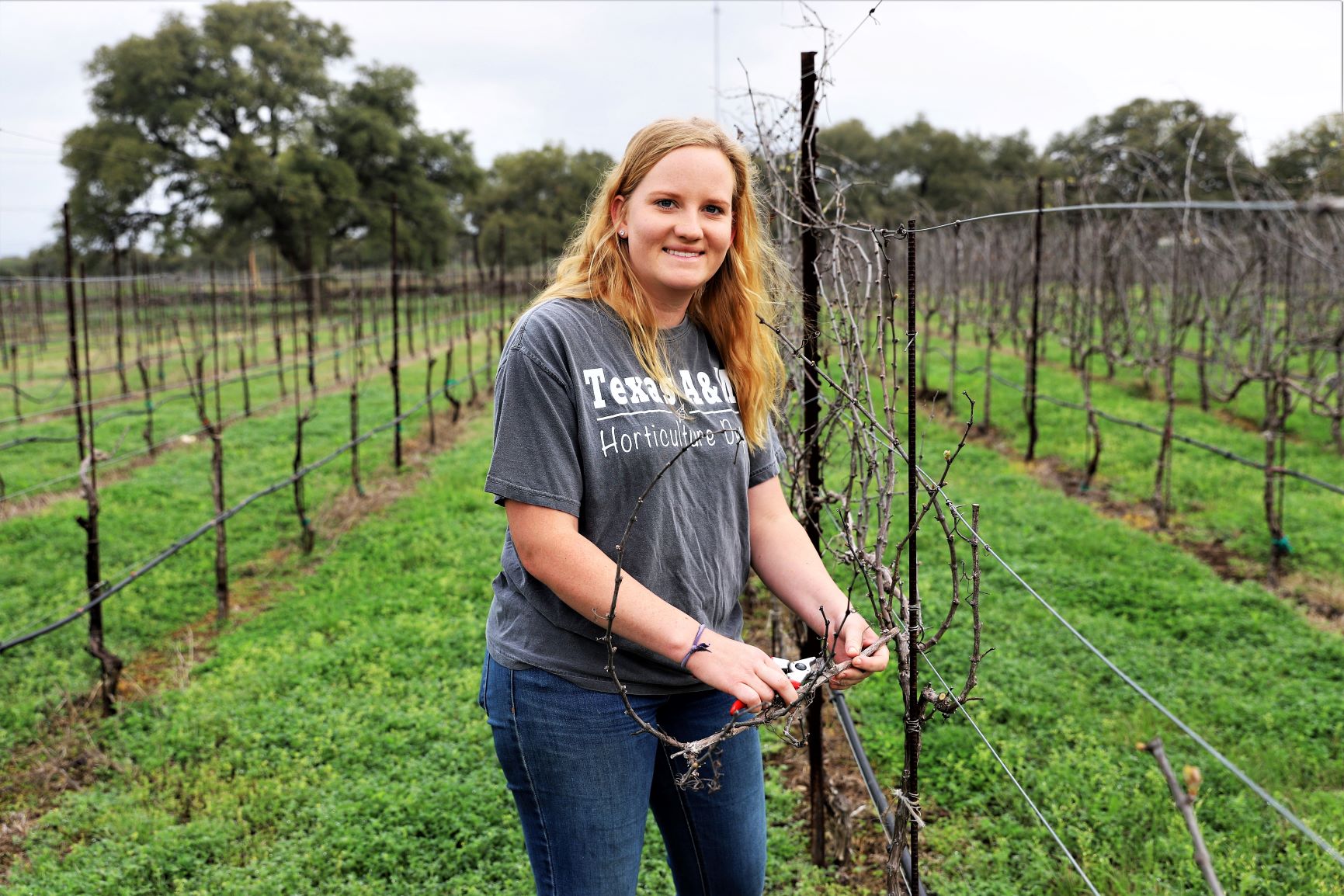 In late winter just before the grape vines awaken from their dormancy, we prune them to keep the vines a desired size, eliminate dead, or damaged wood, eliminate older, non-productive wood, and to encourage the growth of new wood where the best future crops will be formed. Pruning is an essential step in “training” the vine or positioning the shoots from the trunk to best open the canopy to sunlight and air, and to make it easier to manage the vines throughout the growing seasons and harvest.

We are wrapping up our pruning in our vineyards now.

There are two prominent options for pruning and training grape vines that we use: Spur pruning, aka Cordon, and Cane pruning, aka Guyot. Both are valid, and well established methods. This year, we are shifting from spur pruning to cane pruning in our Oxbow Estate Vineyard in Driftwood, Texas. It’s a big shift. Here is why we are doing it.

With spur pruning, we train the cordon, or the old, permanent wood coming off the trunk, to grow horizontally in two directions in a T shape. We cut back each cane, which is the previous year’s fruit-bearing shoot growing from the cordon, to on average two buds per spur. Ideally, we like to see about a fist width between each spur along the cordon. That gives us four spurs on each cordon, and four spurs per cordon equals eight buds per cordon, which means 16 buds total per vine.

Moving to Cane Pruning in the Oxbow Vineyard

In cane pruning, the idea is to reduce the amount of growth in the vine and direct more energy into the fruit overall, increasing both the yield and quality of the grapes. We do that by cutting back nearly all the vine’s previous growth and correctly selecting a single cane growing from the trunk to bear the fruit this season.

Our transition to cane pruning this year allows the vine to support only the number of shoots that we know it can handle reasonably. To accomplish this, I am going through and looking at each vine individually and counting the number of healthy canes the vine bore the previous growing season. This number tells me how many buds to leave on the canes I’ve chosen to keep based on their location and strength. We prune previous growth to leave one cane that can support 8 buds total. This reduces the potential number of grape clusters per vine, but also significantly reduces the amount of vine growth.

A second advantage of cane pruning is that it limits the vine’s permanent growth to just the trunk, which makes it less vulnerable to frost. We are susceptible to late freezes in Texas, which puts us at risk to freeze damage of a cordon on a spur pruned vine. That forces us to cut that entire section off, and we lose a lot of potential fruit. It also delays the developmental process of the vine.

With cane pruning, we can renew the growth each year since the canes are developing in the area of the vine we refer to as the “renewal zone” close to the trunk. Because we can choose new canes every year, we can worry less about detrimental freeze damage.

We expect with moving to cane pruning, we will see an increase in yield and quality in our Oxbow Vineyard.